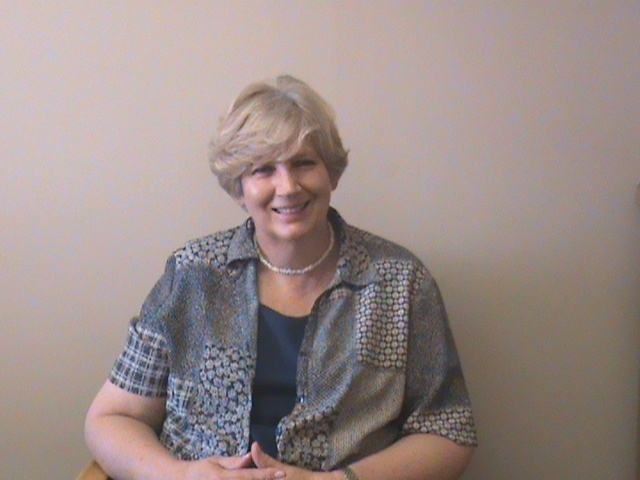 Dr Mariëtta Alberts started her career (1971) as a terminologist at the then Dept of National Education – later Dept Arts and Culture. There she was secretary of the national Coordinating Terminology Board (Coterm) that coordinated all terminology activities in South Africa.

She then (1982) went to the HSRC where she did research on terminology, lexicography and computational linguistics. She was one of the researchers of the national Lexinet programme (1988) (Transnet, Termnet, Wordnet, Ailang, Docnet) – the forerunner of the current Human Language Technology (HLT) research. She initiated the first computer data-capturing program for lexicography (Lexi) at the HSRC (the program was used by the Bureau of the WAT during its first phase of computerization).

She went back to the national terminology office (now Terminology Coordination Section, National Language Service, Department of Arts and Culture) as Head: Systems Development and Research (1995). During 1995 she trained all the newly appointed African languages terminologists in the principles and practice of terminology work.

She acted as Head: National Terminology Section, Department of Arts, Culture, Science and Technology for 23 months. She drafted legislation (1996) for the establishment of the eleven National Lexicography Units. The articles of the draft were incorporated into the revised PanSALB Act (1999).

She moved to PanSALB in October 2002 as Deputy Director: Lexicography and Terminology Development where she managed the 11 National Lexicography Units.

From 2004 she assisted the National Language Bodies of the nine African Languages with the revision of their spelling and orthography rules. These revised rules were published and disseminated to stakeholders in September 2008.

She retired from PanSALB as Director: Terminology Development at the end of April 2010. In January 2010 she became a research fellow at the Department of Language Practice and Language Management, University of the Free State. She trained post-graduate students in lexicology, lexicography, terminology, terminography and computational linguistics. Since March 2011 she is research fellow at the Research Unit for Languages and Literature in the SA Context at the Northwest University, Potchefstroom Campus.

She was a member of the National Language Body for Afrikaans (NTLA) since the establishment thereof and served on the TC: Standardisation and the TC: Lexicography and Terminology of which she was the convener.

Dr Alberts was for several years a part-time lecturer in Lexicography and Terminology at the Department of African Languages, University of Pretoria. At present she acts as external examiner for lexicography and terminology.

She assisted various tertiary institutions (i.e. US; Fort Hare; UNISA; Rhodes University; CPUT; TUT) with terminology planning issues and trained academics to enable them to incorporate multilingual terminological data on various subjects in a virtual network for the national and international utilization of academics and students.

She collaborated with NLS to assist the Chief State Law Advisor (Dept of Justice) with plans regarding dual drafting of legislation to ensure that legislation could be presented to parliament in any/all of the official languages. She assisted with the short listing process and was a panelist to appoint the Chief Language Practitioners (all official languages) during February, March and May 2010.

In 1993 Dr Alberts did a feasibility study regarding the establishment of an Institute for Southern African Lexicography. The research indicated that there was no need for another bureaucratic organization and it was recommended to rather establish an association for lexicography. The African Association for Lexicography (Afrilex) was established in 1995 with the aim to promote and coordinate lexicographical and terminographical activities and to present training in these fields.  Dr Alberts is a founder member of Afrilex and was a member of the Executive since the establishment of Afrilex. She served two terms as President of Afrilex and resigned as Secretary in 2013.

The African Association for Lexicography (Afrilex) bestowed its honorary membership on Dr Alberts during the recent Afrilex conference held in July 2014 in Potchefstroom, South Africa.

Dr Alberts is a founder member of the Centre for Legal Terminology in African Languages (CLTAL) (1987) and serves as secretary on the Executive of CLTAL.

She is a member of the Centre for Political and Related Terminology in Southern African Languages (CEPTSA) that creates multilingual political and related terminology dictionaries. In 2010 CEPTSA was the recipient of the Stals Award for Political Science of the Suid-Afrikaanse Akademie vir Wetenskap en Kuns (SAAWK) (South African Academy for Science and the Arts) for the compilation of the Modern Political Dictionary. The committee is currently busy with the compilation of an explanatory Political Dictionary. The first publication would be an English/Afrikaans-Afrikaans/English version which would be followed by a multilingual version.

Dr Alberts assisted with the planning of the multilingual Arts and Crafts dictionary of the Suid-Afrikaanse Akademie vir Wetenskap en Kuns (SAAWK) (South African Academy for Science and the Arts).

She served on the Executive of the South African Translators’ Institute (SATI) for 22 years. She is an accredited terminologist and assisted SATI with the establishment of a terminology accreditation examination.

She is a member of , an organization that deals with terminology related problems experienced by translators.

She is a member of the International Information Centre for Terminology (Infoterm) and was elected in 2005 as Vice-President on the Infoterm Executive Board (IEB) and since then annually re-elected as Vice-President. Infoterm is a non-profit scientific association founded by UNESCO in 1971 to promote and coordinate worldwide cooperation in the field of terminology. Infoterm is based in Vienna, Austria.

·       support ISO/TC 37 in national and international level culminating in the  ISO/TC 37 meetings at the SABS in Pretoria in 2013 which impressed TC 37 experts not only for its good organization but first of all for the tremendous hospitality of the organizations (SABS TC 37) and people involved in the organization  (SABS)”.

Dr Alberts is a member of ISO TC 37 (international standardizing body for terminology): Terminology and other language and content resources. She recently attended meetings in Vienna, Austria; Warsaw, Poland; Provo, USA; Bogotá, Colombia; and Madrid, Spain. The 2013 international ISO TC 37 plenary meetings were hosted by the SABS in South Africa and organized by the local SABS TC 37 team.

She is the chairperson of the local SABS TC 37 committee (a mirror committee of ISO/TC 37) and convener of the Technical Committee: SC1: Terminology principles and practice. She compiled a flyer and technical document on the activities of SABS TC 37. She also prepared a PowerPoint presentation to present to delegates at the Madrid, Spain meeting of ISO TC 37 on ISO TC 37 2013 in South Africa. She resigned as chairperson of SABS TC 37 in February 2014.

She liaises with the International Terminology Network (TermNet) and was requested to be part of the TermNet/UNESCO training initiative scheduled for 2006. After Dr Alberts’ paper at Cologne, Germany in 2004, Dr Gabriele Sauberer discussed the initiative with her. This initiative incorporated PanSALB, Afrilex, NLS, SABS, etc.  She then became a trainer of the TermTrain project of TermNet. She was a member of the international task team and one of the authors that compiled a guide for terminology policies (2003 - 2004) on behalf of UNESCO, Guidelines for Terminology Policies (Paris 2005) – this document forms the basis for a new ISO/TC 37 standard on terminology policies (cf. ISO/CD 29383-1).

She assisted Prof Wilfred Haacke with several administrative and lexicographical issues regarding the Khoekhoegowab/Afrikaans dictionary which was published in 2011.

She is author of several articles printed in different linguistic journals and presents papers at local and international conferences.